The Internet of Things has rapidly become a major industry focus with dramatic advancements in low power electronics and in wireless technology. Body-worn communication systems are now capable of detecting body motion during exercise and monitoring functions like heart rate and blood pressure. In such systems, a critical topic is how to preserve antenna performance, while achieving the requirements of small size, light weight, low power, low cost and ease of fabrication. It is also desirable to check how the antenna performance will be affected once brought into contact with the human body.

The ANSYS Electronics Desktop is a tool suitable for such design applications. It is user friendly and easy to operate, leading to accurate simulation results.

There are a variety of wearable antennas, such as planar dipoles, monopoles, planar inverted-Fs and microstrip patches. Microstrip antennas are planar and can be easily made onto a printed circuit board (PCB), which makes them a practical antenna type due to their low cost and easy fabrication. Figure 1 shows the structure of a planar microstrip inset fed patch antenna, where the resonant frequency is related to the width W1 and length L1 of the patch, the substrate thickness h and permittivity εr of the dielectric. The antenna is printed on a dielectric substrate with permittivity εr = 3.38 and h = 1.254mm. The antenna consists of an inset patch and a 50 Ohm microstrip feed line on the top side of the substrate, and a ground plane of 1mm thickness on its bottom side [1]. 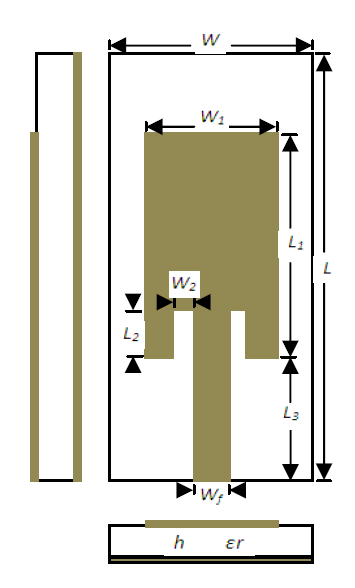 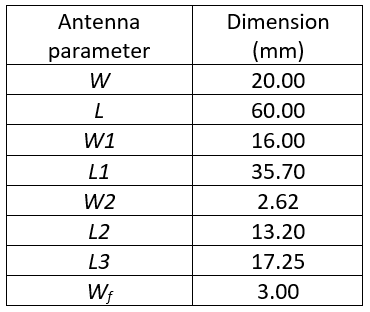 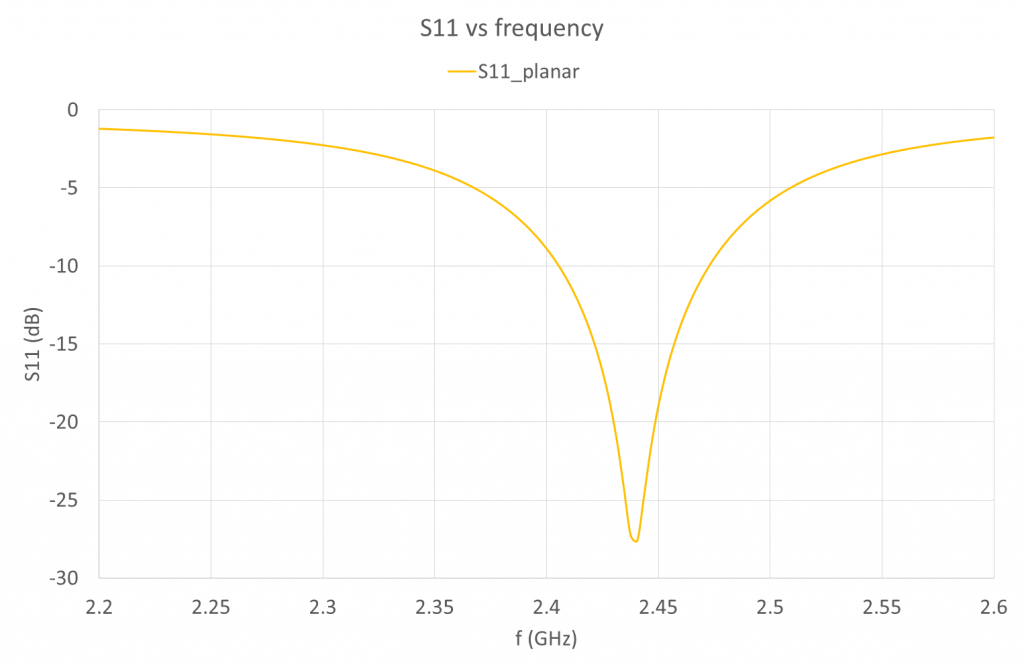 The proposed wearable antennas are designed to be worn on the exterior body and outer garments or tactical vests operating in the 2.4GHz wireless networking band. Let us suppose these antennas are to be worn on a wrist. Three different cylinders with radius R=5, 7.5 and 10cm were chosen to bend the antennas, corresponding to typical sizes of the human wrist. Figure 4 shows the conformal antenna models in the ANSYS Electronics Desktop, and Figure 5 shows the return loss of conformal antenna models. 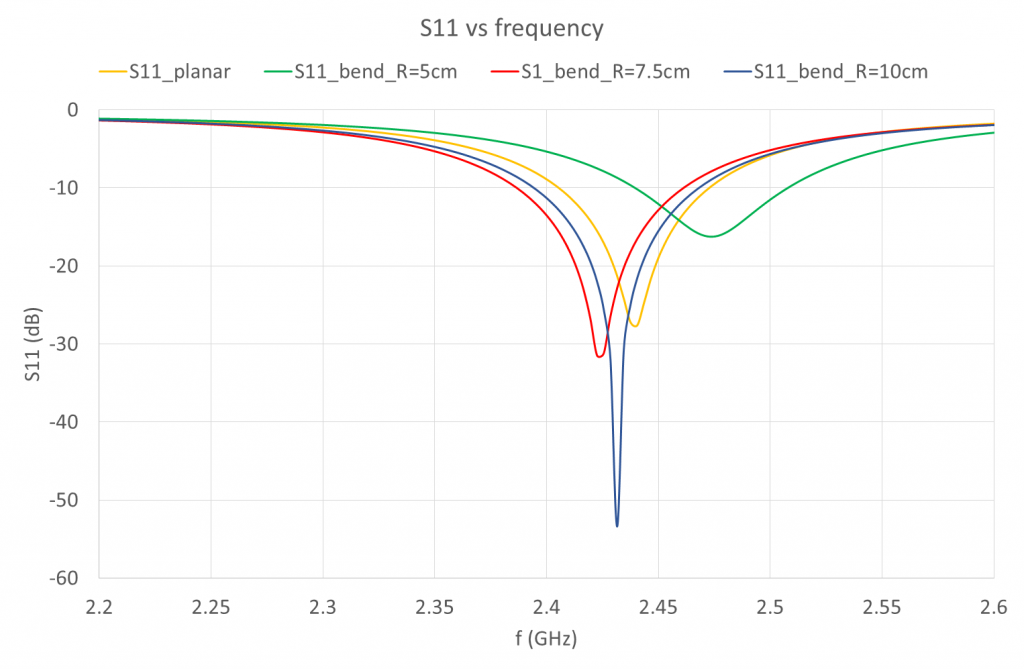 From Figure 5, it is seen that the resonance frequencies changed from 2.44GHz (planar) to 2.47GHz (R=5cm), 2.42GHz (R=7.5cm) and 2.43GHz (R=10cm). This will give practical design guideline when choosing the operating frequency of conformed antennas. 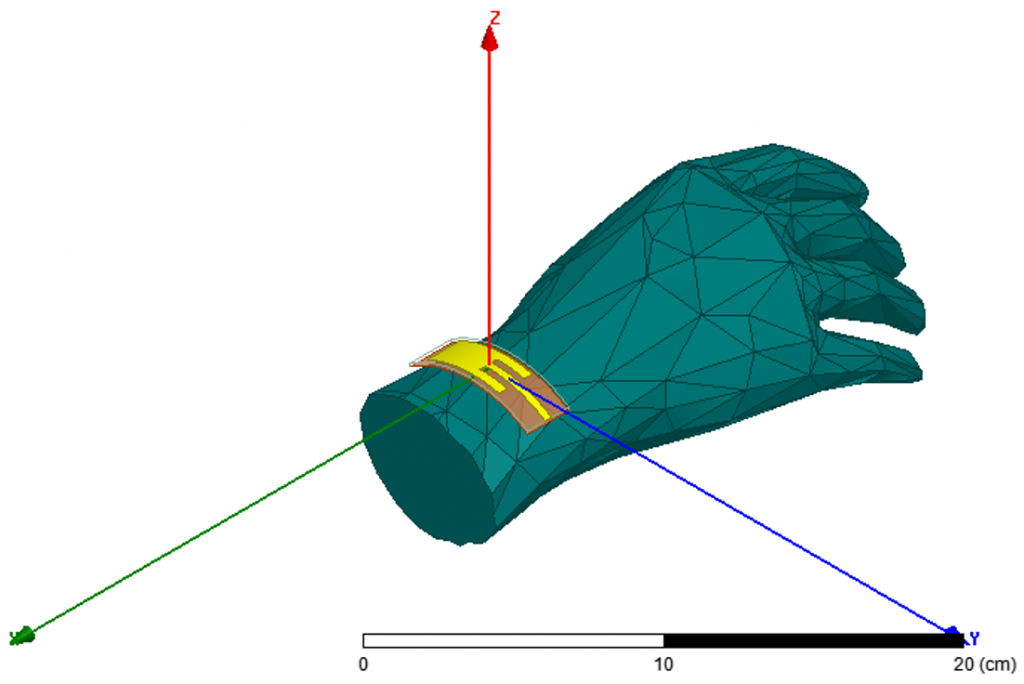 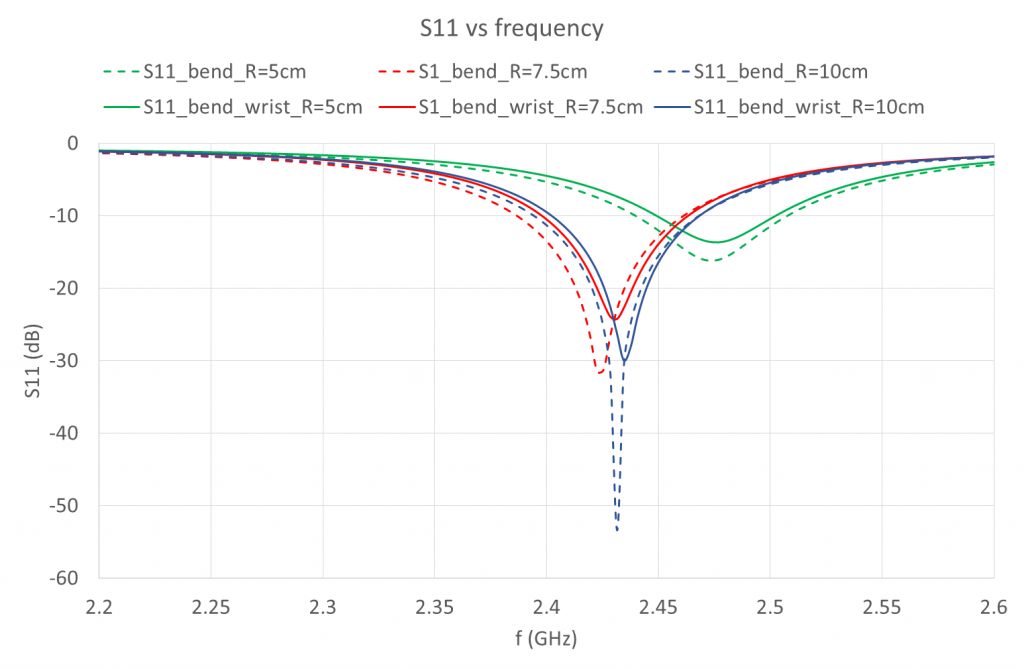 Figure 7 – Return Loss of Cylindrically Curved Structures of radii 5cm, 7.5cm and 10cm before and after being placed on wrist

This example demonstrates the power of the ANSYS Electronics Desktop for efficiently designing wearable antennas and simulating the impact of real world scenarios. The ANSYS Electronics Desktop provides an accurate calculation and visual elaboration on the antenna performance, such as return loss, resonant frequency and radiation performance. It helps us to reach the design target by not only optimising the performance within a variety of variables, but also predicting the behaviour of whole system.