Often companies are under huge pressure to minimise the cost and weight of their products and optimise their design. Finite element technology allows engineers to improve their design in a virtual simulation world but often this is done manually using a trial and error approach. By using the optimisation kernel inside ANSYS (powered by GENESIS, developed by VR&D) this design process can be carried out much more quickly and easily.

All of these options are available in GENESIS, which is a fully integrated finite element analysis and design optimisation software package, written by leading experts in structural optimisation (VR&D). Analysis is based on the finite element method for static, normal modes, direct and modal frequency analysis, random response analysis, heat transfer, and system buckling calculations. Genesis is easy to learn, so no special knowledge of optimisation technology is required. 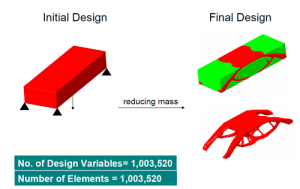 Figure 1: Topology optimisation: optimises the strength of a structure while reducing mass (the elements coloured in red are kept and the green elements are removed)

The benefits of using Genesis optimisation are:

GENESIS Topology for ANSYS Mechanical (GTAM) is an integrated extension that adds topology optimisation to the ANSYS environment (as shown in Figure 1 and 2). Topology optimisation is used at the concept level of the design process to create a conceptual design proposal that is then fine-tuned for performance and manufacturability. This replaces time consuming and costly design iterations and hence reduces design development time and overall cost while improving design performance. 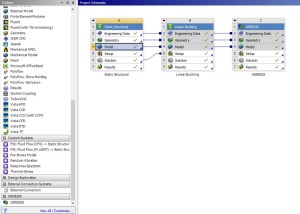 Figure 2: An example in ANSYS WorkBench where the GENESIS module GTAM is linked to a Static and linear Buckling Analysis

In simple words: Topology optimisation removes material from a structure while (in most cases) minimising the strain energy (make it as strong as possible). Figure 1 and 3 show simple examples of models with the minimum strain energy as an objective. Other criteria can be used as well (buckling, frequencies etc) both for objectives and constraints. 3D contact can also be included in the analysis. 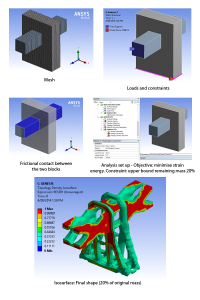 Figure 3: A simple workflow example of GTAM topology optimisation in ANSYS for a model that includes 3D contact

Sometimes the optimum solution may be expensive or infeasible to manufacture. In that case one can use manufacturing constraints in the topology optimisation problem formulation to obtain a practical engineering design as shown in Figure 4 and 5.

As a plugin module within ANSYS, minimal training is required to enable users to quickly apply GTAM to their design process. ANSYS Topology optimisation can be performed for static, normal modes and linear buckling load cases. Optimisation results can be exported in STL or IGES format. 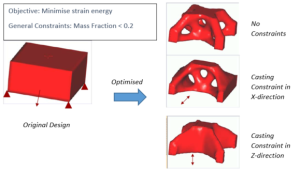 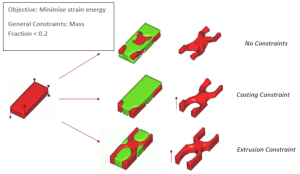 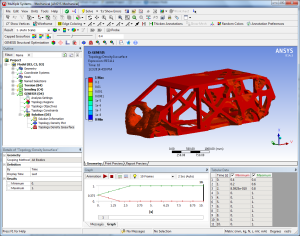 Figure 6: Example GTAM – The conceptual design of a car 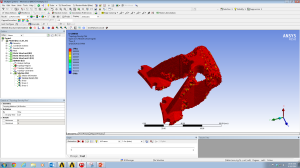 Figure 8: Example GTAM – Export of the optimized shape for the aerospace mounting bracket 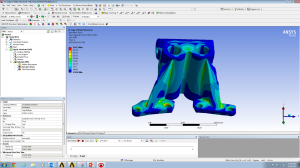 Figure 9: ANSYS – Stress analysis on the optimised shape for the aerospace mounting bracket 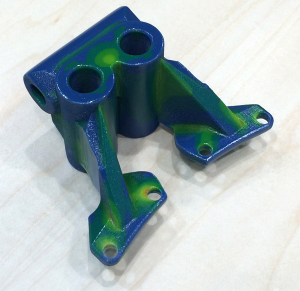 Figure 10: The final design of the aerospace mounting bracket

Sizing Optimisation – is an optimisation capability which allows the user to find the best dimensions of any designable elements like bars, shells and composites (typically per group of elements).

Shape Optimisation – is an optimisation capability which allows the user to find the best shape possible. The software finds the best location of the finite element nodes, which define the shape of the structure.

Topography Optimisation – is an optimisation capability which allows the user to find the location and shape of bead patterns to stiffen panel structures.

Topology Optimisation – is an optimisation capability which allows the user to find the best distribution of material. With topology optimisation, an optimal structure is generated by carving out material from a given design space, allowing for a given amount of material.

Figure 11 shows an example of a car design where sizing and topometry (which is a special case of sizing optimisation as the thickness of each element in the model is a design variable) are used to increase the first 12 natural frequencies of the model. 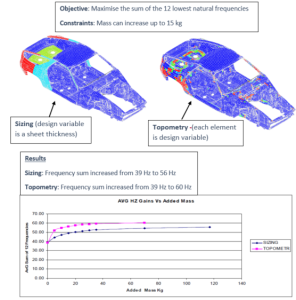 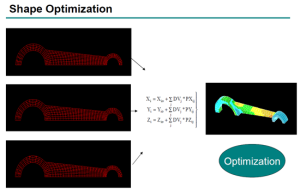 Figure 12: Shape optimisation, grids points are allowed to move and change the shape of a structure along combinations of pre-defined shape vectors 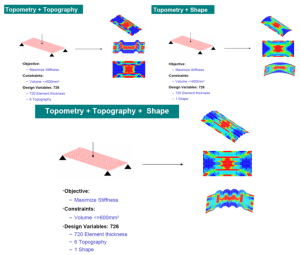 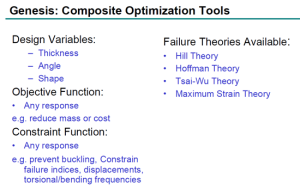 Figure 15: Optimisation for composites through Topometry or Sizing

Topometry and sizing optimisation can also be used for explicit analysis. Figure 16 shows an example of a GENESIS analysis coupled to an LS-Dyna analysis (car impacting a pole). Figure 17 shows that the Genesis to LS-DYNA interface supports all capabilities of Genesis optimisation including Topology, Topometry, Topography, Size and Shape. 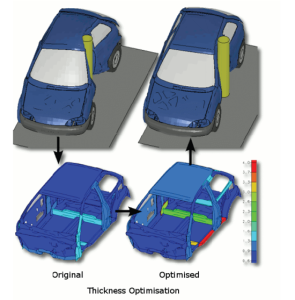 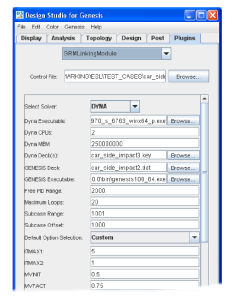 Finally, Figure 18 and 19 respectively show examples of the Freeform and Autorib capabilities in Genesis. The Freeform is a special case of shape optimisation (with fewer restrictions on the mesh morphing functions) and the Autorib option allows users to add ribs and optimise the rib design on panels of their structure. 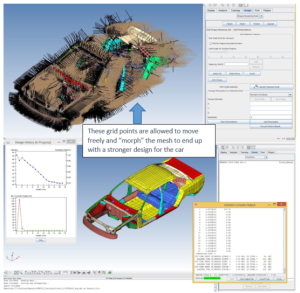 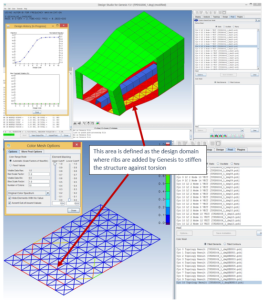 Figure 19: Example of the Autorib option in GENESIS which automatically generates ribs on a design domain to optimise the structure